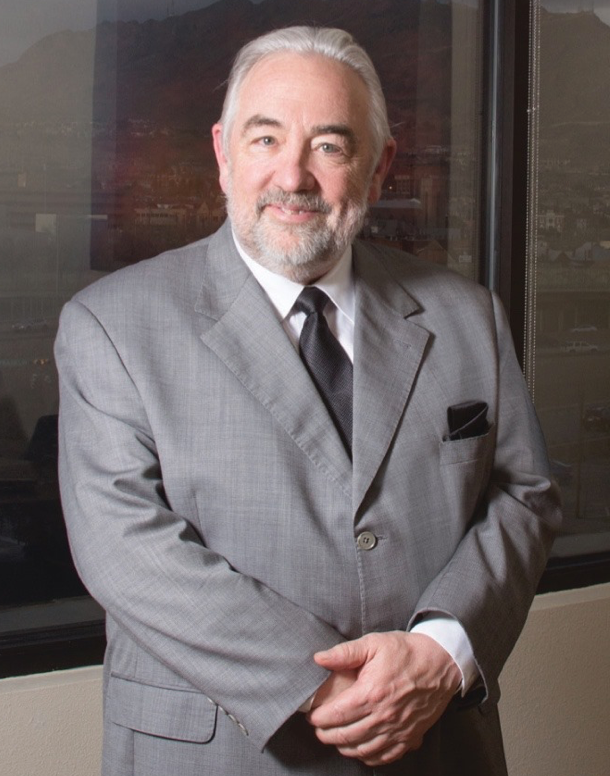 BRIAN KNOWS THE IMPORTANCE OF THE RIGHT ADVICE
AT THE RIGHT TIME
BECAUSE HE'S BEEN THERE.

Before Brian Kennedy ever decided to become a lawyer, he was a personal body guard for Prince and Rod Stewart; a helicopter pilot; served in military intelligence as an interpreter/interrogator who spoke five languages; a sharp shooter; a nationally recognized top country radio disc jockey; a professional poker player; a recognized negotiator for major sports, events and entertainment contracts; a leading promoter of concerts and events; and CEO of the El Paso Sports Commission, responsible for the day-to-day operations of a multi-million dollar private public partnership for over two decades.

Born in St, Paul, MN, home of Mitchell School of Law, Brian had always wanted to be a lawyer.  After Viet Nam, he took the LSAT, received a high score, and was offered a full scholarship but... life intervened...he wasn't able to take advantage of the opportunity.  Fast forward forty years, after all of his accomplishments, he still regretted not being able to follow his dream of being a lawyer.

So, in 2015, he took the LSAT again, applied, and was accepted into the first class, of the first of its kind, Hybrid J.D. Program approved by the American Bar Association that was being tested at one school in the U.S. (wait for it) Mitchell School of Law in St.Paul, MN.

The hybrid program was closely watched to see how their students would perform; and in 2016 at the International Negotiation Competition of the American Bar Association in Oslo, Norway, Brian Kennedy was a member of the two person U.S. team that outperformed 31 teams from 25 countries around the world, in a competition that played out over five days, featuring simulated complex, international dispute scenarios.  Judged by a panel of experts from around the world, USA Team 1 was awarded the Championship at the Nobel Peace Center.

AS A LAWYER, BRIAN APPLIES
A LIFETIME OF REAL WORLD EXPERIENCE
TO BENEFIT EVERY CLIENT EVERY DAY.

"I had decades of experience before I became a lawyer.  So I look at problems from a real life perspective of each party's needs and what they are trying to achieve."

Brian chose to be a lawyer because he gets to use everything he knows from all his successes (and all his mistakes) to find solutions to benefit his clients - on paper, in a negotiation, or in a courtroom.
And he loves every minute of it.

Thank you for contacting us. We will get back to you shortly.

Please complete all required fields below.

You deserve a strong advocate fighting on your behalf for the best possible outcome. It starts with a call. We offer a free consultation. We will discuss your case with you at your convenience. Contact us today to schedule an appointment.